Meir Panim Update
Sderot Under Attack: An Insider’s Account
May 7, 2019

Tair Sassy, the manager of Nir Am, one of Meir Panim’s Youth Centers in Sderot, was brainstorming different ways to celebrate Israel Independence Day when the alarms began to sound. Alarms, indicating that once again her town of Sderot, was under attack. In a split second, the town of Sderot,  which borders Gaza, was once again thrown into a shocking state of emergency, with schools closed and hundreds of families forced to remain within the confines of bomb shelters. 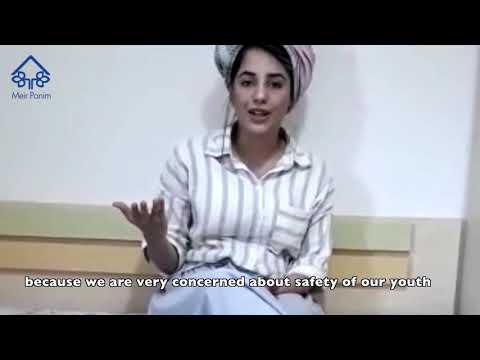 Safe inside the mamad, bomb shelter with her young family, Tair began to worry about her “other children,” the youth of Sderot, already so traumatized and the effects of this new terrorist activity.

“For nineteen years, we have been under attack and the targets of Kassam rockets launched by Hamas from Gaza. As kids, we are schooled in rocket drills. At the sound of the “, tzeva adom,” (the warning siren) every child knows they have to go under their desk and roll up like a ball. Today, the windows, in most of the classrooms are protected, as opposed to when we were children, and we were taught to stay away from the windows,” Tair related.”Many playgrounds are near bomb shelters, and the children know to run.”

By now, most communities in Israel, are linked to the warning siren, the tzeva adom, and have forty-five to ninety seconds to reach safety in either a mamad, safe room or within the confines of a public shelter. Most communities, but not Sderot, and other towns in Southern Israel. Upon hearing the warning siren, Tair, and other residents of Sderot have fifteen seconds to reach safety.

During the most recent wave of violence, with more than 600 rockets targeting Southern Israel, Sderot residents were warned to remain within the confines of the bomb shelter.

Tair related,  “I am frightened for the youth. The kids have not been allowed to leave their homes, and I’m afraid, that the children may be in danger, as frustrated kids have started to walk on the streets. We need help.”

Having spent countless hours with Sderot’s families and youth, Tair understood immediately, that the children needed to find a refuge from all the violence. She believed that the youth of Sderot would benefit most from additional programming, and increased hours of professional counseling inside the confines of the “safe space” provided by Meir Panim’s Youth Centers.

The residents of Sderot are counting on Meir Panim’s humanitarian aid.

In 2016, Meir Panim spearheaded efforts to refurbish the Sderot youth club, frequently used by the local community as a bomb shelter.

“With Israel’s southern border once again suffering from terrorist activities, we are grateful that we have been able to help ease the suffering of Sderot’s children,” said Mimi Rosmaryn, Director of Global Development at Meir Panim. “Our local youth centers are providing a safe and comforting place for teens. They are serving as healthy outlets to maintain a sense of normalcy amidst the crisis.”

The youth centers are located in converted bomb shelters. Should a red alert siren go off while the youth is in the club, they are already safe. “Meir Panim renovated the bomb shelters to make them feel more like relaxing spaces to hang out rather than places to hide from rockets,” continued Rosmaryn. “These centers provide traumatized teens with a safe place to socialize and expand their horizons.”

The renovated youth centers are open after school until late in the evening, providing a “safe haven” and environment for children to receive help with homework, healthy food, environmental education, positive social interactions, music lessons and more. 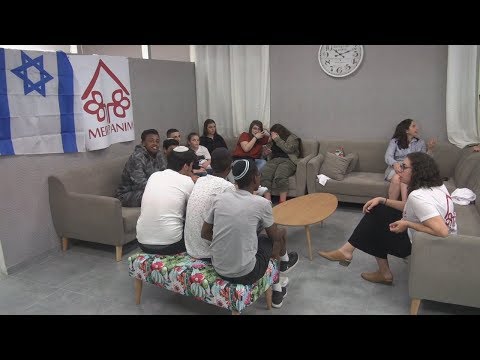 Thanks to Tair, and the many other talented professionals and volunteers working around the clock to keep doors open at our 3 Sderot After-School Youth Centers, Israeli youth can begin the recovery process.

Tair and her staff, are appreciative of the support and donations that have poured in from around the world. She said, “We are overwhelmed by the generosity and kindness. Your humanitarian aid is much needed. Here in Sderot, we have (once again) started the recovery process. This Tuesday night, the Nir Am Youth Center will be hosting a special activity for teens, complete with a pizza dinner.”

Your Generosity is Needed

As Southern Israel and specifically the town of Sderot begins to recover, Sderot youth need you now more than ever. Meir Panim’s Youth Centers are a critical support system for Sderot’s children, easing them through traumatic periods.

Children are the most vulnerable segment of any society. As terrorist activities become more and more frequent, the residents of Sderot are counting on Meir Panim’s charitable work for help.

Donations of money toward the Meir Panim Youth Centers in Sderot can be made through our website, by phone, mail or brought to any Meir Panim or Power of Giving branch.

Your donation will deliver much-needed aid to traumatized youth and families in Sderot, Israel. 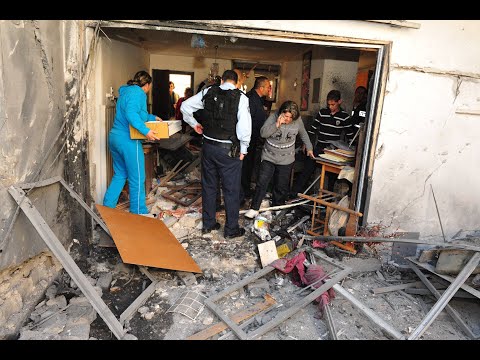