14-year-old Ari Tuerack is a typical teenager in many ways. He lives with his family in Long Island, New York and attends North Shore Hebrew Academy.

But Ari has an unusual annual tradition: each holiday season, he donates his Chanukah money to Meir Panim. 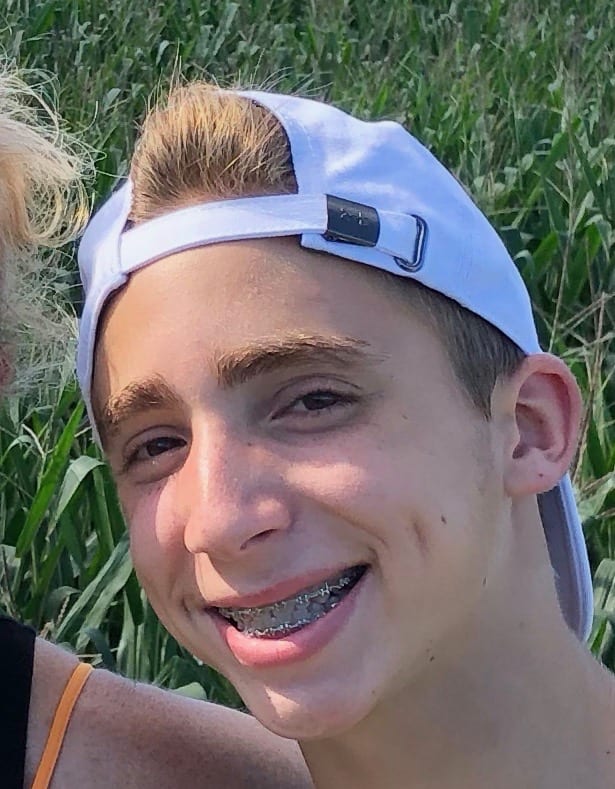 “When I was four years old, my parents asked me if I would rather donate the money that they would spend on me for Chanukah, instead of buying me presents,” Ari said. “Ever since, every year they give me the choice and I continue to donate.”

Ari explained that his parents suggested a few different organizations for his donation, and he chose Meir Panim. “For me as a Jew, Israel is our home; I live here in America and I just thought that I would want to give money and food to people in Israel who really need it,” Ari said.

Meir Panim works every day to feed thousands of hungry Israelis through a network of Restaurant-Style Soup Kitchens. The Tueracks have traveled to Israel as a family multiple times, including to celebrate Ari’s bar mitzvah and his two sisters’ bat mitzvahs. Ari said, “it was an amazing feeling being at the Kotel for my bar mitzvah.” These trips shaped Ari’s close connection to Israel.

After 10 years of donating annually to Meir Panim’s work in Israel, Ari’s heartfelt generosity is evident. “He continues to understand the need to feed those who can not afford to feed themselves, and wants to help in any way he can,” stated Jason Tuerack, Ari’s father.

Ari’s spirit of giving was certainly influenced by his entire family: the Tuerack family volunteers together at various nonprofits multiple times each year, including annually during Thanksgiving. They even volunteered at Meir Panim’s Restaurant-Style Soup Kitchen in Jerusalem in 2014 – chopping vegetables, preparing food, and serving trays to needy diners. This experience inspired Avi to keep donating annually to Meir Panim.

One thing is certain: for the Tueracks, helping those less fortunate is truly a family tradition.