They shuffle in one by one. Each of them seeking refuge from a hot summer Jerusalem day to get something that everybody needs: a warm meal.

Steaming hot rice, meat and vegetables are carefully plated and brought to each client promptly.

No questions are asked. No payment is expected.

This is the vision behind Meir Panim’s Restaurant-Style Soup Kitchens. There, each person who walks through the door is treated as a client and given the respect he or she deserves. 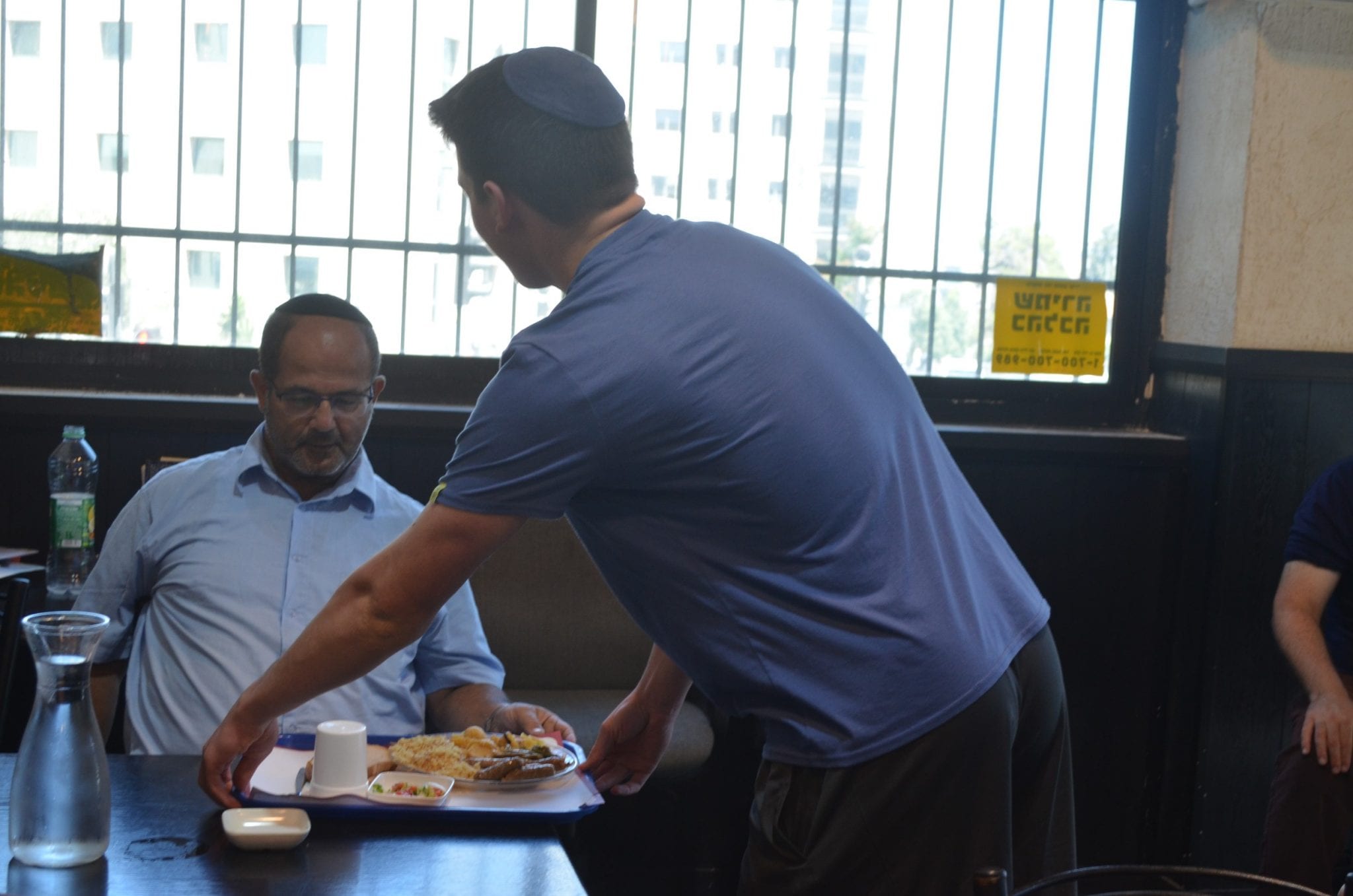 It was this idea that hooked Elan Vogelstein when selecting his Bar Mitzvah project.

“You mean they get to retain their dignity?” Elan marveled when learning about Meir Panim’s Restaurant-Style Soup Kitchens.

Elan then did something quite unusual for a 13-year old boy: he turned down presents and asked friends and family to give to Meir Panim. As a result, he raised nearly $10,000 to help disadvantaged Israelis.

“I was looking for a charity to give money to. There’s a lot of soup kitchens out there. But here they feed people like any other restaurant, which is unique,” Elan explained.

He and his family recently visited Jerusalem to celebrate his Bar Mitzvah and stopped by the Restaurant-Style Soup Kitchen to observe Meir Panim in action. 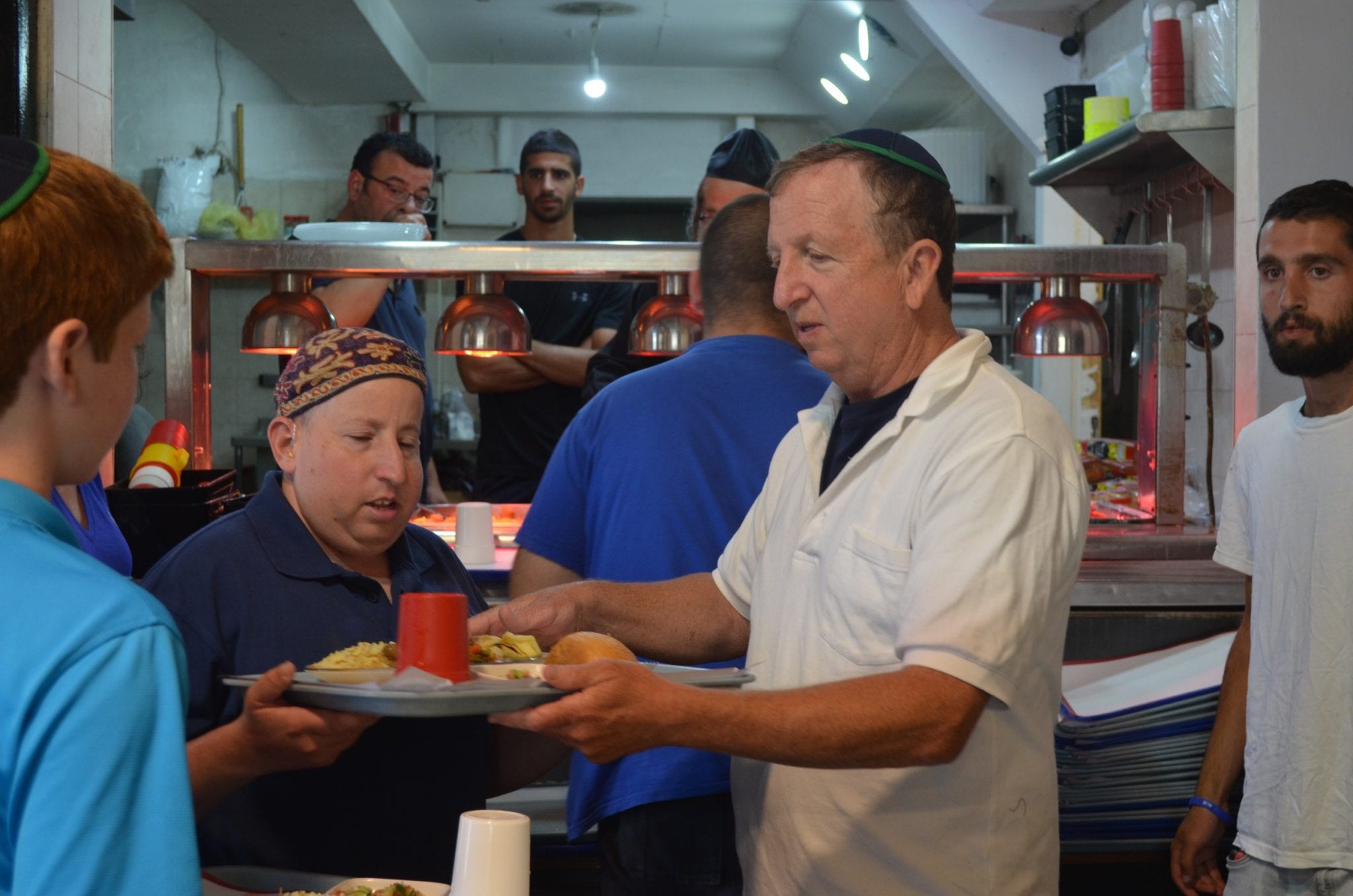 There, he bonded with the people who directly benefited from his thoughtfulness. With compassion far beyond his years, he heard their stories, joked around in Hebrew and even received some Krav Maga tips from one of the clients.

The Jerusalem facility is one of five Restaurant-Style Soup Kitchens that Meir Panim operates across Israel to meet the needs of those living below the poverty line.

“People come in and wait to be served. It doesn’t matter what they look like; everyone is welcome through our doors and they can have as much as they want,” said Mimi Rozmaryn, Meir Panim’s Director of Global Development.

Elan’s mother Debbie remarked that she was not surprised by his decision since he is a kid who is naturally appreciative of everything he has. While most of his peers plead for the latest cell phone, Elan doesn’t even own one.

In addition to his parents, Elan’s brothers Acey and Tobias and his grandmother joined the experience. In witnessing Elan’s interactions with his family, it was clear that his empathy was learned at home. Without any prompting from his parents, Elan kept a watchful eye over his grandmother, with whom he shares a close relationship. 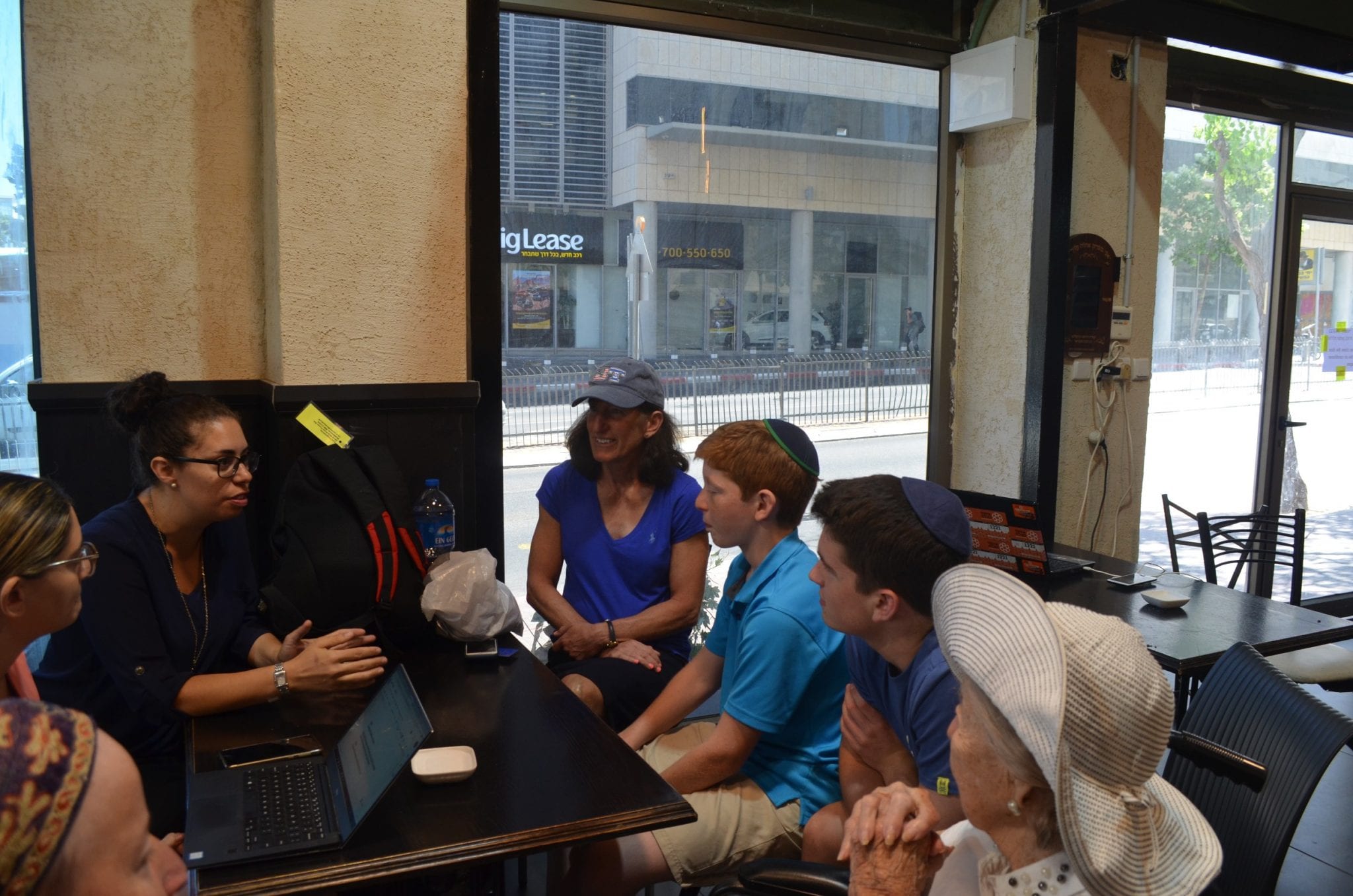 Elan’s father Kenny is well aware of his son’s giving nature. As for the Meir Panim Bar Mitzvah contribution, he believes it will leave a lasting impression on the entire Vogelstein family.

“Food – from an event – is gone in one day. But this experience lasts a lifetime,” he said, referring to the glitz and glamour of having a fancy Bar Mitzvah celebration.

Giving to Meir Panim also coincided with Elan’s Torah portion, Behar in the Book of Leviticus.

There the portion advocates for not only sustainable farming, but giving back. The parshah calls for the people of Israel to let the land rest for the seventh year of the harvest and to pick from the land freely during this time.

This is also something that Meir Panim takes to heart. This is because the organization teams up with another local charity to receive fruits and vegetables.

Reuven Turk, a regular volunteer at the Jerusalem restaurant along with his wife who joined the Vogelsteins in their experience, explains that Meir Panim is “more than just serving the food. It’s making a difference with a good word and friendly smile and some compassion to our clients. It’s what they need to help them through difficult times.” 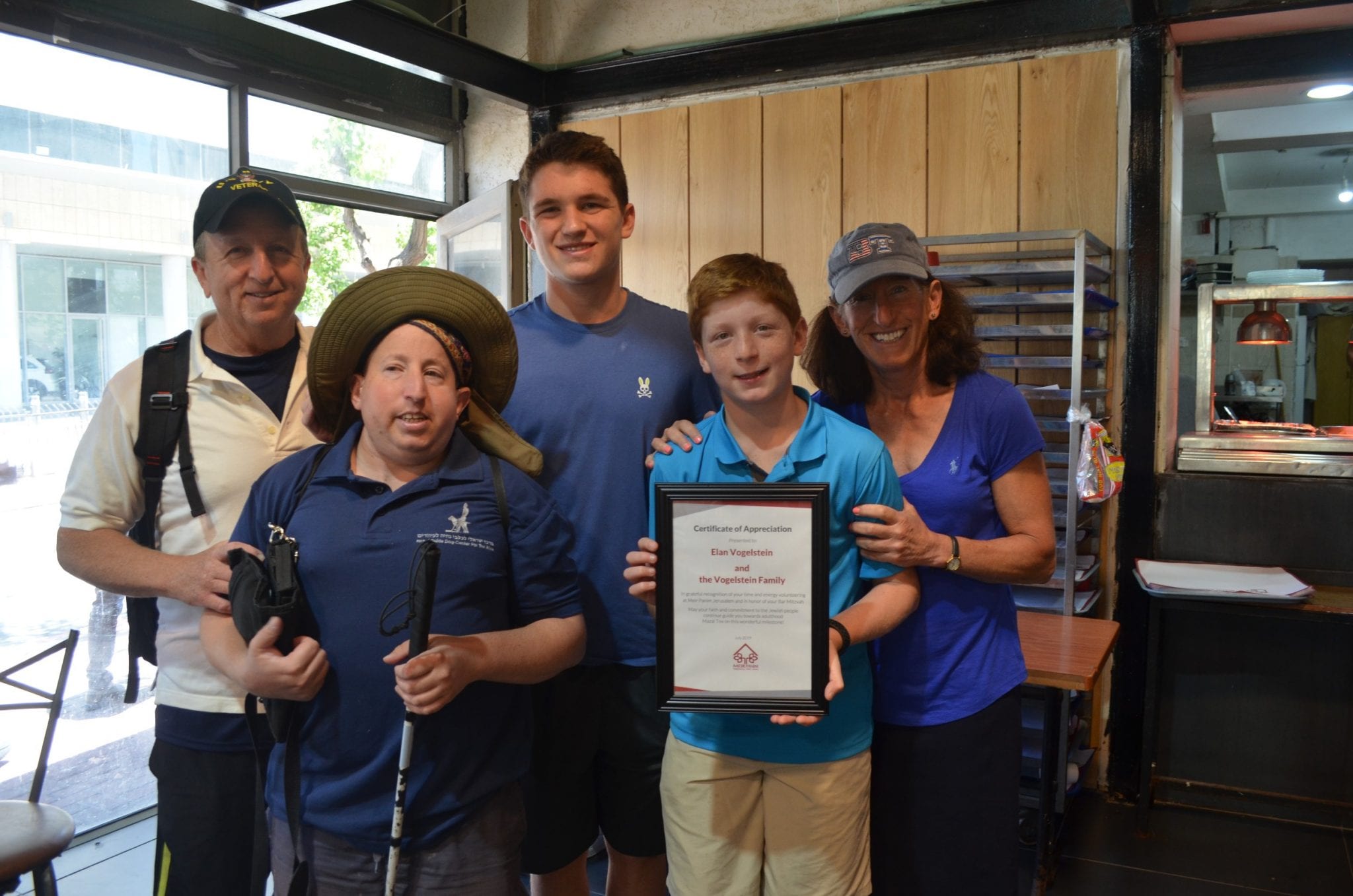 And that is exactly what the Vogelsteins did while volunteering at Meir Panim. For many who walk through the restaurant’s doors, their brush with poverty was sudden. Many of them held a job – but when someone lives paycheck to paycheck, a major unexpected setback can send them spiraling into poverty.

The Vogelstein’s, Turks, and everyone who takes time out of their day to volunteer at Meir Panim’s Restaurant-Style Soup Kitchens understand this and realize that the clients not only want to be fed – they also want to be seen.