Meir Panim Update
Volunteer Spotlight: Katz Family
August 30, 2018
During this summer’s long break, Aviva Katz of the city Ma’ale Adumim started brainstorming ideas for her two teenage girls to participate in over a few free days in August.
She had been speaking with a friend, Neeli Engelhart – both families had made Aliyah from Chicago. Neeli and her sons had volunteered earlier in the summer at Meir Panim’s Restaurant-Style Soup Kitchen in Jerusalem. Aviva heard what a great experience the Engelharts had, and thought it would be a great opportunity for her two daughters to have a meaningful experience as well.
Kayla, 19, is on break before a second year of Sherut Leumi; during her national service she is working at a youth center for children at risk. Her sister Yakira is preparing to enter her freshman year of high school. The Katz sisters arrived at Meir Panim’s Jerusalem Restaurant-Style Soup Kitchen just a few moments before lunch service began. 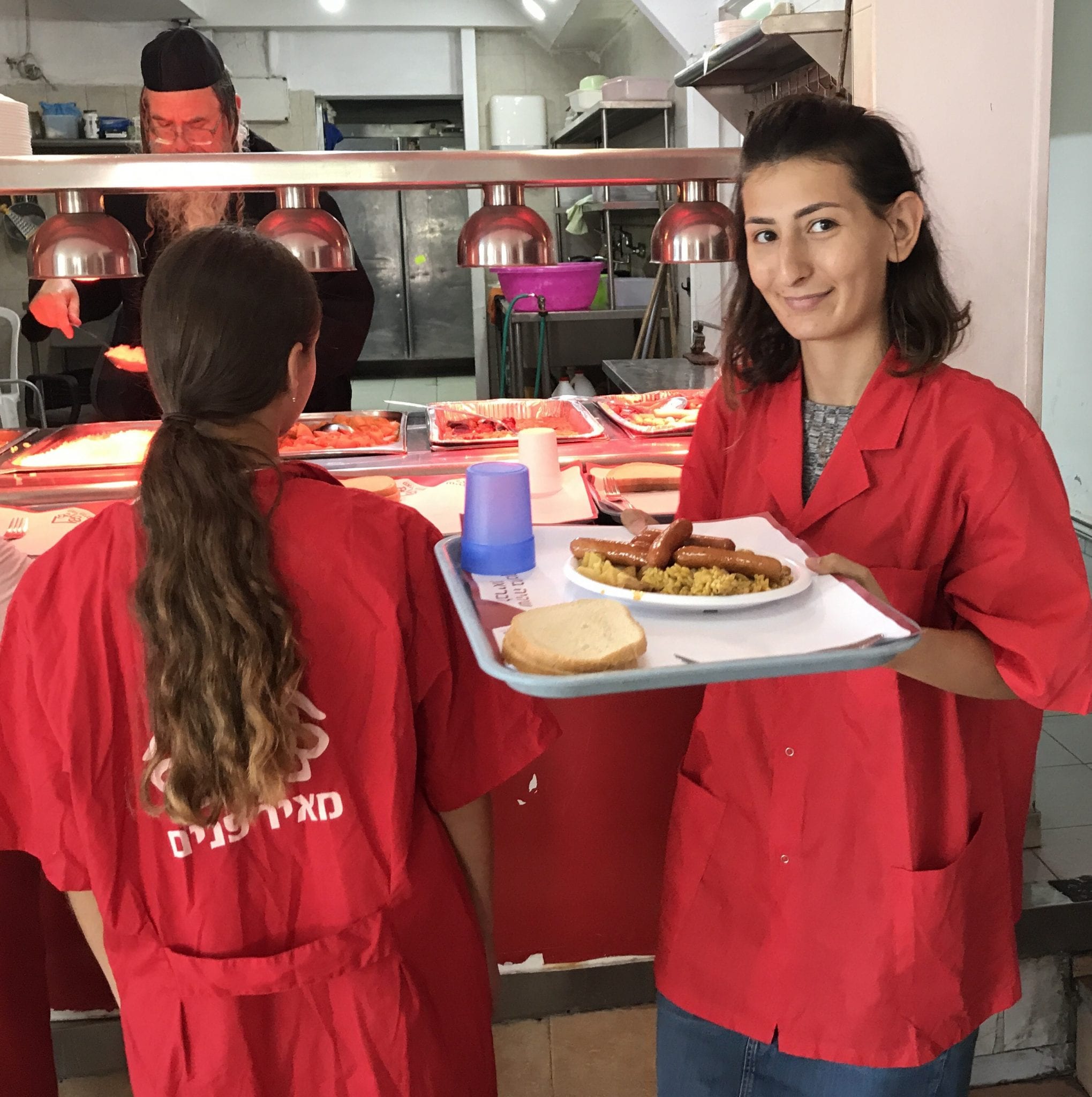 Kayla and Yakira were greeted by Branch Manager Aryeh and regular volunteer Ellen, and directed to begin setting up trays and serving clients as they entered the kitchen. The sisters didn’t know what to expect and had never been into a soup kitchen before, but they were blown away by the dignity the clients who came in felt by being greeted with a warm smile and personally served – just like in a regular restaurant. Kayla observed that Aryeh and Ellen knew almost everyone that came in, including details about each client’s food preferences.
The sisters thoroughly enjoyed their time volunteering at Meir Panim and are planning to return together during future breaks.