Meir Panim’s Jerusalem Restaurant-Style Soup Kitchen recently welcomed the Engelhart family of Modi’in, who moved to Israel five years ago from Chicago. The family joined the restaurant’s staff to volunteer and learn more about Meir Panim’s lifesaving work firsthand – as well as to make a donation in a very personal way.

The idea for the visit began when the family’s youngest member, seven-year-old Ezra, noticed that his tzedakah box was full. Looking for a special way to make a donation, his mother Neeli thought it would be a good idea to not just send the money but to turn it into a day of learning and volunteering. This way, Ezra was able to see where his tzedakah donation went, and the people it helped – creating a more memorable and meaningful experience and paving the way for a lifetime of giving. 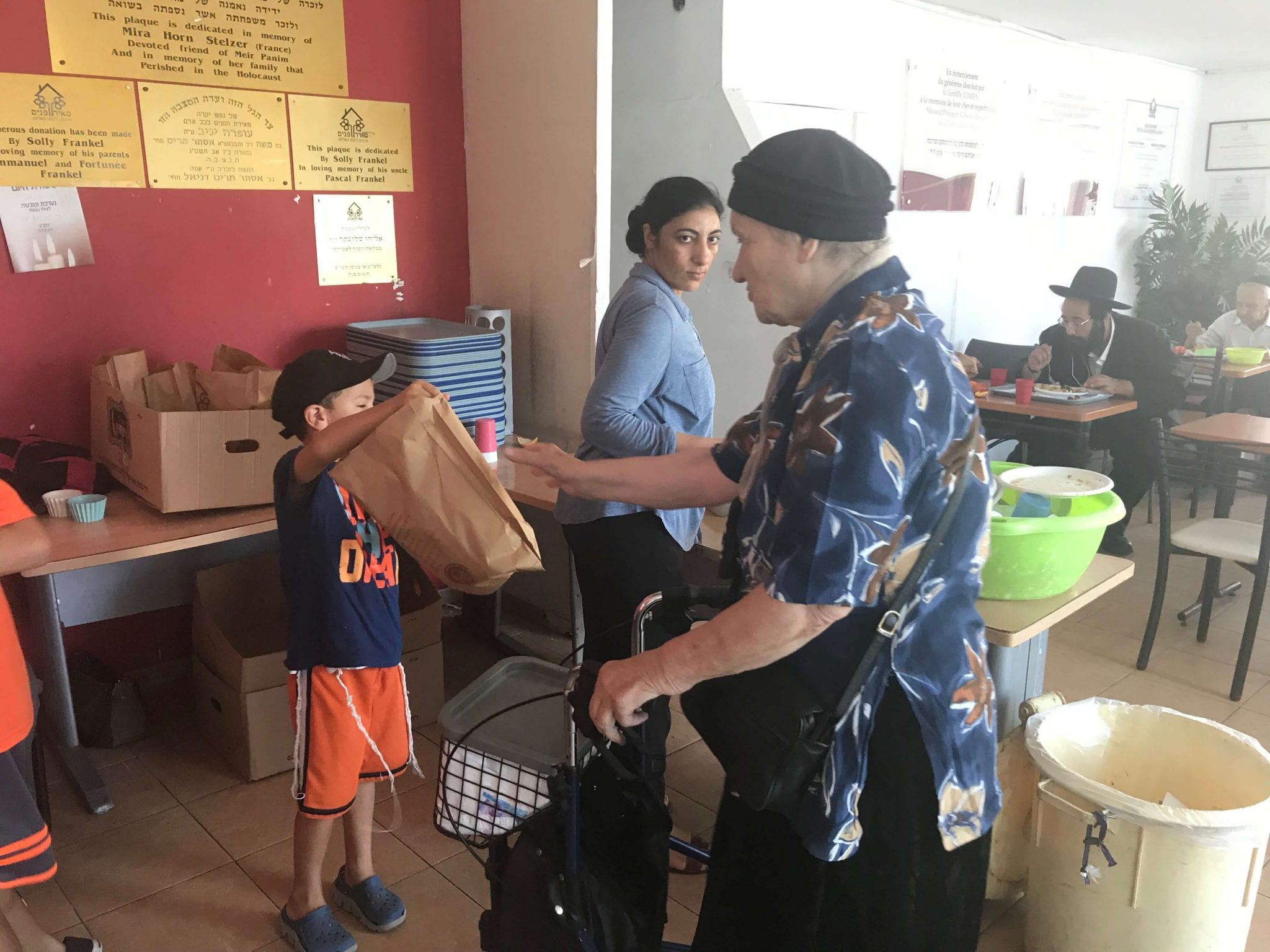 In between the summer months of camp, traveling, and relaxing, the Engelhart siblings – four boys between the ages of seven and sixteen, worked hard to brighten the day for the Jerusalem restaurant’s diners, many of whom are elderly. For many of these diners, their daily visit to the restaurant is not only their only meal of the day, but also their only form of social interaction.

As seven-year-old Ezra shared, “it is nice that we gave them lunch because they are poor and don’t have enough money to buy food.”

Echoing Meir Panim’s sentiments about the importance of treating needy people with dignity and respect, Ezra’s ten-year-old brother Max added that he “liked how we treated the people that came like they were just like us.”

Thirteen-year-old Natie was surprised at how many people came in for a hot meal, remarking that “there are more people that need help than I thought.”

Neeli was personally struck by the atmosphere – how the diners streamed in and were personally served by volunteers, like they were in a typical restaurant and not a soup kitchen.

The Engelharts were so touched by the experience that they made a pledge to return in the future. Meir Panim is grateful for their time and energy, and looks forward to their next visit!