The fantastic group of women, “Mother’s with Meaning” have helped increase Purim joy. 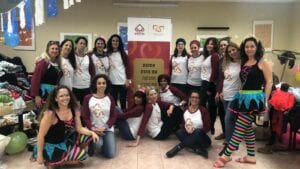 “Mothers with Meaning” was founded by Michal Melamed Cohen z”l in 2015.

Mothers with Meaning unites mothers who have set a goal to lead and create a space for self-realization and social impact based on Israeli and Jewish values, with openness and mutual respect. Also, the community (Mothers With Meaning) aspires to be a source of inspiration for Diaspora Jewry to strengthen the connection with Israel and Judaism. 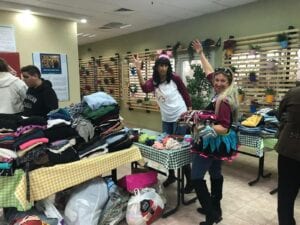 These women are highly organized, motivated and inspired and the group that came on the program in late January mobilized and came together to put on a Purim Shuk (market) last Thursday in Dimona.

Once returning from their trips they, like the previous group which set up a tag sale as well, wanted to help those in need in the region and put on another sale with a Purim theme.

They requested donations of all sorts from their local communities and specifically requested costume donations so that the needy would be able to celebrate the upcoming holiday with flair. 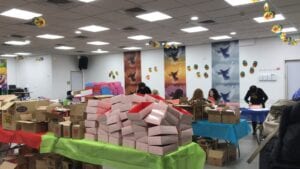 Joined by some members of previous Mothers with Meaning groups as well, they arrived in Dimona cars full of donations.

Cherie Albucher explained their energy by sharing; “When a strong group of mothers comes together the result can only be fireworks!”. 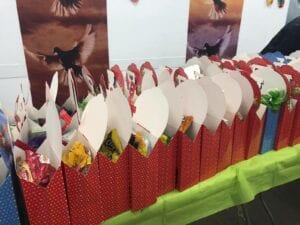 They also packed up Mishloach Manot to be distributed not only in our Dimona center but in additional Meir Panim locations.

The coordinator of the group also mentioned that she would like to include visits to our Or Akiva center in future trips which would provide additional exposure to our work there.