Together with help and support from Adam and Gila Milstein, the evening was the epitome of class and style. The tranquil atmosphere of the Avni’s backyard was the backdrop to a night of live music, wine tasting by the esteemed Herzog Winery, and succulent delicacies served up by world-renowned Pat’s catering.

Joshua Bittan Fine Arts, as well as the aforementioned artists, were both gracious and generous by donating a fabulous collection of original pieces for auction. Works by the likes of Raphael Abecassis, Itzhak Tordjman, Nahum Gilboa, Reuben Rubin, Micha Bar-Am, Yaacov Agam, Shlomo Levy, Dorit Levi, Guillaume Azoulay, Marco Sassone, Shlomi Haziza, Hedva Yardeni, Jean Claude Novaro, Alyssa Apfel, and Deanna Alevy were on display for patrons of the evening to bid on in the silent auction and later, in the main event, the live auction. Twenty five percent of sales from the silent auction, and 100% of sales from the live auction went towards the cause.

During the event, an emotional video presentation allowed all present to see for themselves the life-saving work that Meir Panim does. Eloquent words from the Israeli Consul General, Ehud Danoch, and Aki, further instilled feelings of urgency to make a difference in the plight of Israeli’s poverty stricken. Meir Panim’s chairman, Michael Fromm, briefly thanked the hosts, and expressed his own connection and involvement in the organization.

The generosity of the participants of the event was evident by their high bids during the live auction. The delectable dessert buffet, combined with the smooth sounds of the Moshav band, completed the evening.

Meir Panim thanks Aki and Sendi Avni, Gila and Adam Milstein, Joshua Bittan Fine Arts Inc, the artists and all the attendees, for their generosity in ensuring the success of the evening, which raised over $58,000. 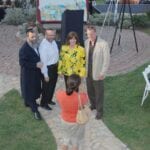 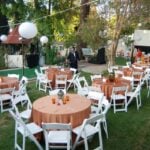 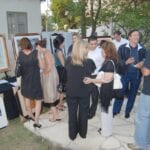 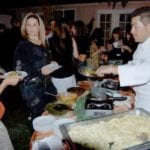 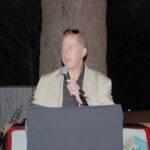 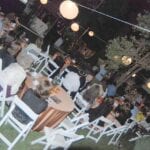 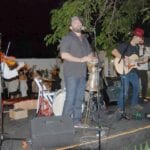 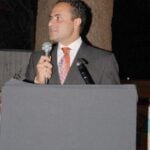