The cards were the product of a large fundraising campaign led by the Blue Square Supermarket chain, Globes, the Israel Post and regional radio stations. Donations were received at checkouts in Blue Square stores and via sms donations advertised on the radio stations and TV network.

The cards, credited with 250nis each allowed thousands of needy families to purchase groceries in local supermarkets according to their needs and desires. The distribution of the cards meant that there was no need to stand in long lines to receive food packages and went a long way to restore the dignity of the recipients. Thousands of cards were distributed by representatives of the government social services in 34 cities and municipalities across the country including: Bet Shean, Dimona, Yerucham, and Sderot.

Rachel Ebenboim, Executive Director of Meir Panim remarked: “Tens of thousands of people can sit, this year, at the holiday table and enjoy the festive meal which they purchased and prepared just like any other citizen. I am glad that the business sector opened its hearts to partner in this project and we are already discussing ways to continue and expand this project so that more people can benefit from it. ” 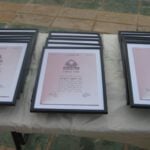 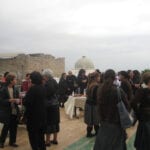