On May 15th, communities across the United States joined together in dining at participating Kosher restaurants to feed hungry Israelis. 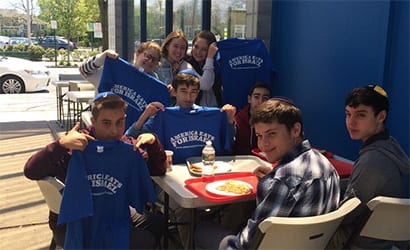 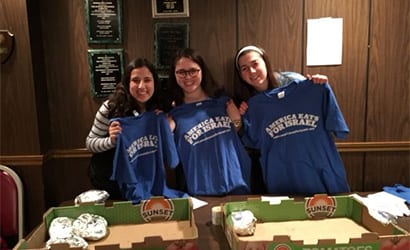 10% of the restaurants’ proceeds on May 15th went toward funding Meir Panim’s Restaurant-Style Soup Kitchens in Israel. 1.7 million Israelis live in poverty – and 800,000 of them are vulnerable children. Meir Panim works to combat this with a network of free restaurants across Israel, with meals-on-wheels delivery for the homebound, prepaid food shopping cards for struggling families, school lunch programs, and after-school youth clubs.

“America Eats for Israel was a fun way to raise awareness in the U.S. that Israel has an epidemic of impoverished people who need our help,” said Danielle Rubin, Project Director for American Friends of Meir Panim. “We are so happy with the communities’ turnout on May 15th. The funds raised will help so many needy Israelis who depend on Meir Panim for a hot meal every day.”