While preparing for her Bat Mitzvah, Sydnie Smith of Chicago, IL decided she wanted to make the occasion even more meaningful by helping to feed the hungry.

As her family was traveling to Israel, Sydnie chose to do a mitzvah project for Meir Panim, seizing the opportunity to do some hands-on volunteering to help Israel’s less fortunate.

On June 17th, Sydnie, along with her family, arrived at Meir Panim’s free restaurant in Jerusalem. Decked out in a bright red Meir Panim apron, she got to work.

“It was a real eye-opener, seeing how many go hungry every day. I feel so fortunate to have been a part of this organization, if even for just a few hours,” Sydnie reflected.

Back in the States, as Sydnie prepared for her Bat Mitzvah ceremony at Congregation Solel, invitations went out to family and friends. The invitation included an insert, written by Sydnie herself, asking that donations be made to Meir Panim in lieu of gifts.

“Instead of receiving gifts for my Bat Mitzvah, I would like to ask for donations for a charity called Meir Panim that feeds the poor and hungry people of Israel,” Sydnie wrote.

She continued, “more than 1.7 million people in Israel are living below the poverty line, and so many of them are children! Some parents work morning to night and still can’t support their families. This has got to change.”

“I applaud your caring and thoughtfulness in directing your gifts to Meir Panim. You are indeed a very special lady.”

“Your decision to donate to such a worthwhile organization made quite an impression on me.”

“What a wonderful mitzvah you have chosen.”

To date, Sydnie has raised over $7,500 for the hungry in Israel!

In foregoing gifts for herself in exchange for donations to Meir Panim, Sydnie has performed a tremendous mitzvah and an incredible act of tzedaka and chessed.

As she embarks on her journey to adulthood, may Sydnie continue on the path of loving kindness and concern for others. 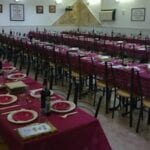 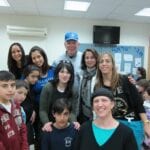 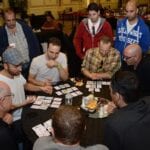