On Thursday, October 25, a delegation from the Jewish Federation of Reading, PA visited the Mortimer Zuckerman & Abigail Zuckerman Israel Nutrition Center in Kiryat Gat to observe the construction progress at the site and dedicate the facility’s kitchen.

The Reading Federation has been a long-time supporter of Meir Panim and of the Israel Nutrition Center in particular, allocating $250,000 towards the building of the facility, which will produce thousands of meals each day.

Michael Fromm, AFMP Board Chair and member of the Reading community, opened the ceremony by asking those present, “How many of you had enough for breakfast this morning?” After everyone had raised their hands he continued, “If I had asked that question at a school in virtually any community in the Negev this morning, very few hands would be raised.” This harsh perspective on the realities facing so many Israeli children set the tone for an emotional and meaningful event.

Michael then introduced Ayala Hagage, a school principal from the neighboring town of Kiryat Malachi. Ayala stated that without Meir Panim, many of her students would not enjoy a decent meal from morning until nighttime. She went on to speak of all the deeds Meir Panim does in the community, from the Meals for Children program, to the After-School Youth Clubs attended by many of her students, to food card distribution and vocational training for struggling parents.

The Israel Nutrition Center will take these programs so much further. Its institutional kitchen will supply meals for Meir Panim’s Free Restaurants, recipients of Meals-on-Wheels, and the Meals for Children program as well as providing employment and social services to the community.

AFMP President David Roth declared that not only did the Reading Federation contribute to this effort, they actually advanced it. Without the seed money donated very early in the project, none of this would have been possible. He then called upon Michael Fromm and Federation President Tammy Mitgang to unveil an impressive plaque, dedicating the Center’s kitchen in honor of the Reading Federation.

Tammy spoke very movingly about how important this project is to her. Over the past five years, she has able to communicate that heartfelt commitment and rally a relatively small community to raise a quarter of a million dollars.

After enjoying some light refreshments, the delegation was given a tour of the nearly completed Center. All of the visitors were impressed by the sheer size and scope of the facility. When operational, the Israel Nutrition Center will produce up to 30,000 meals every day, for distribution to needy children and families in the Negev and across the country.

We offer our deepest gratitude to the Jewish Federation of Reading for their continued friendship and encouragement. 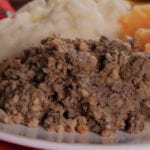