At Rodeph Sholom School, students have an opportunity to meet representatives from three organizations, learn more about them in their classrooms, and then think about the significance of both education and donations.

“Want to buy a cookie? Your money will really help children all around the world!” “Raffle tickets for an Ipod sold right here.” “Come to our puppet show. Your money will go towards a great cause!” These were sounds from some of the voices of Rodeph Sholom School students as an additional piece of Tamchui took place this year, Tammy Anagnostis, a fourth grade teacher and Tamchui coordinator reports. A good portion of the money that was raised came from fundraising by the students. With Tamchui’s message being kids helping other kids, it couldn’t have been more palpable in the school. One grade was running a bake sale while a puppet show was put on by a small group of children in one class. In the lobby of an apartment building, three fifth graders took it upon themselves (for the second year in a row) to teach others about Tamchui while running their own bake sale. After an Ipod was donated by a family, there was a tremendously successful raffle run by the students while they simultaneously sold fresh chocolate chip cookies in little bags with information about Tamchui attached. It was incredible to watch children feel empowered to make a difference and take greater ownership of this project.

In February, the essence of three powerful, inspiring organizations was brought to life in the classrooms of second through eighth graders as Tamchui spread throughout the 79th Street building. Meir Panim was very happy to be invited to partake in this project, as well as The Coalition for the Homeless and New York Says Thank You. There could not have been a more powerful way to teach children that with one idea, anything is possible. Perry Davis, Event Coordinator of Meir Panim, spoke to the children and presented them with a beautiful plaque in appreciation for raising $5,500 to help feed 17 children for one year in Israel.

There were many people involved in making this project such a success. Rodeph Sholom raised an unbelievable $21,512.47 that will help children all over the world. A Sunday school at the site of a natural disaster in Indiana will be refurnished and volunteer firefighters will be able to go the site of another natural disaster next fall. In addition, a greater number of homeless children will be able to go to camp and an after-school program, and 17 children will be fed for one year in Israel. Thank you all for making a difference to so many people. 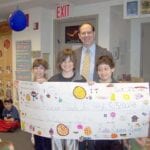 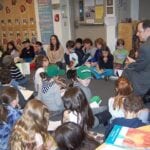 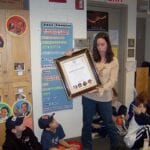 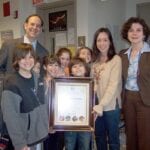 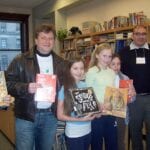 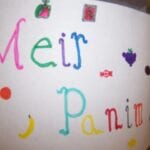 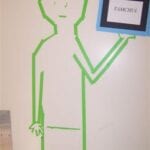