Sensi offered activities to indulge the senses while introducing the sensibility to “give”. It was organized entirely by a volunteer group of up-and-coming young professionals from Manhattan’s Upper West Side, who create a unique event each year to support and raise awareness for a worthy cause. In response to the challenges faced by Israel after the summer of 2006, they chose Meir Panim – largely because it stood at the helm of the coalition of organizations ensuring aide was given swiftly to the people in the North.

The Andrès Escobar designed hall where the event was held, with its high ceilings, impressive columns, and fresh, minimalist décor, was a perfect backdrop for the vibrant collection of fine contemporary artwork, graciously donated by 89 contemporary and/or Israeli artists.

While enjoying the gourmet dinner, attendees sampled top-tier wines from Royal Wine Corporation’s Israeli portfolio, much of which was generously donated by Royal, as well as a number of wines from three exciting Israeli boutique wineries (Zemora, Katlav and Tanya) whose wines are not available in the United States.

An exquisite selection of luxury prizes, valued at close to $18,000 and contributed by generous individuals and companies, was on display in locked glass cases, which guests attempted to open using keys they received during registration. The cases opened easily for more than ten lucky winners, who instantly retrieved their new gifts.

The program began with an introduction by Nicole Katz, who planned and organized the event along with Daniella Kahane, Maya Abitbol, and committees consisting of their friends, family members, and acquaintances. The organizers were warmly applauded as they thanked everyone who helped make the event possible before giving the floor to Michael Fromm, Chairman of American Friends of Meir Panim.

Michael spoke about the economic situation in Israel, where one out of every three children lives in poverty and suffers hunger almost daily. He described some of Meir Panim’s activities providing immediate relief, including free restaurants serving 7,600 meals a day, hot lunches for 11,000 schoolchildren, job training programs, after-school centers, assistance for lone soldiers, meals-on-wheels, and many other programs and services. All are designed to preserve the dignity of recipients while helping them break out of the cycle of poverty and establish financial independence.

Renowned auctioneer Simon de Pury, of Phillips de Pury & Company, opened and conducted the live art auction. His expertise, warmth, and wit made the auction an exciting, and profitable, highlight of the evening. More than a quarter of a million dollars was raised for Meir Panim.

Aside from the rare combination of youth, energy, and generosity of its organizers, Sensi was remarkable in the sense that nearly everything at the event was donated. Along with countless generous contributions, the two largest, without which the event would not have been possible, came from Simon de Pury, who graciously provided his services free of charge, and Africa Israel, the company that donated the space. 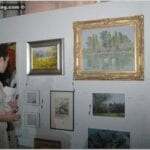 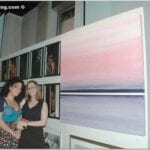 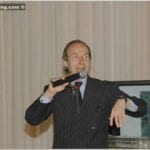 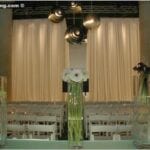 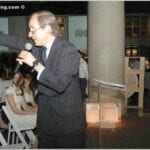 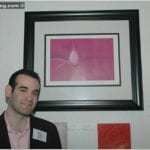 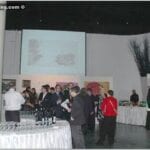 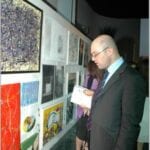 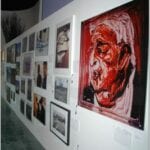