In Israel, at sundown on April 11 and again at 11 am on April 12, sirens will resound throughout the country. Traffic comes to a standstill, even on major highways, and pedestrians stand in place for two minutes.

The moment of silence commemorates the 6 million Jews murdered between 1933 and 1945 during the Holocaust and honors those who survived. Holocaust Memorial Day (Yom HaShoah in Hebrew) is a solemn time for reflection on our past, and a call to action for the present and future, so that we can ensure, “never again.”

There are several factors that contribute to these survivors’ situation.

Though Germany pays retribution to survivors, those who moved to Israel after 1953 do not receive these benefits. This is in part because the agreement was signed between Israel and Germany in 1952, and the Israeli government decided to compensate only those who moved to the Holy Land prior to 1953 when payments began.

As the situation of Holocaust survivors errods, charity organizations often take upon themselves the responsibility of caring for these people. 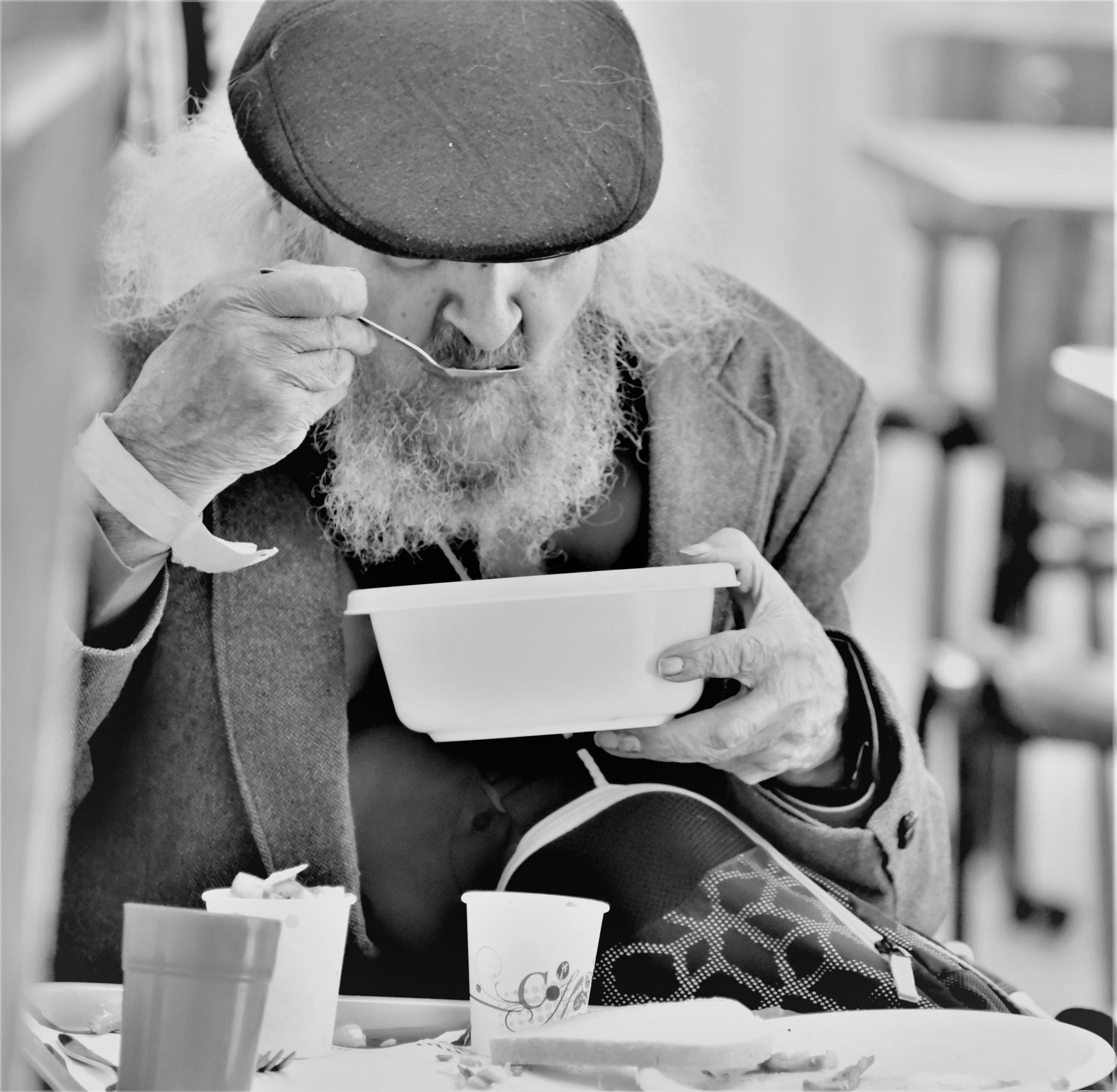 “Many of the people Meir Panim feeds and provides social welfare services to are Holocaust survivors who live in dire poverty,” said Goldie Sternbuch, Director of Overseas Relations for Meir Panim. Meir Panim is an Israeli charity organization whose mission is to fight poverty in Israel.

“We help many Russians who simply could not get out of communist USSR and, when they finally made it to Israel, had no way to make a living here,” Sternbuch said.

In 2014, then Finance Minister Yair Lapid passed a NIS 1 billion “National Plan to Assist Holocaust Survivors.” This increased the allowances of survivors to those who came to Israel before 1953. Nonetheless, the large number of poverty-stricken Holocaust survivors remains as many are stuck in bureaucratic red tape. These elderly and, often, lonely people continue to suffer hunger and depressing living conditions. Sternbuch said they are regularly forced to choose between buying food or buying medicine.

“Within our five restaurant-style soup kitchens located throughout Israel, approximately 15% to 20% of our patrons are impoverished Holocaust survivors,” said Sternbuch. “We not only provide them with daily nutrition, we give them a place to socialize. Most importantly, we show them love and care.”

With each passing day, there are fewer survivors to bear witness to the atrocities of the Holocaust and also to honor and ensure that they do not suffer in their old age as they did in their youth. As time is quickly running out to help, charity organizations strive to pick up where the government slacks.

“While the government sorts through their bureaucracy, organizations like Meir Panim must ensure that their elderly patrons are taken care of,” she said. “Not only do we feed many Holocaust survivors, we have refurbished some apartments and provide heaters in the winter.”

In many communities, social workers are unable to keep up with the demand of aging Holocaust survivors. City officials often rely on charity organizations to step in and fill in the gaps.

“Our Or Akiva branch in northern Israel is a place people turn when government staff and aid run short,” Sternbuch said. “Our volunteers visit the homes of survivors, stock their refrigerators and deliver medications to them directly. We do what we can to help.”

Throughout Holocaust Memorial Day, radio and television programs personally interview survivors and play emotional music to set the tone for this solemn remembrance. Yet, thinking about the tragedy of the Holocaust is not enough. Sternbuch urges those who care to take immediate action.

“Every day, Meir Panim sees Holocaust victims suffering from hunger, poverty and loneliness,” she explained. “I believe it is incumbent on anyone who cares to right a historic wrong that they make every effort to help Holocaust survivors to live out their final years in dignity. Time is quickly running out.”